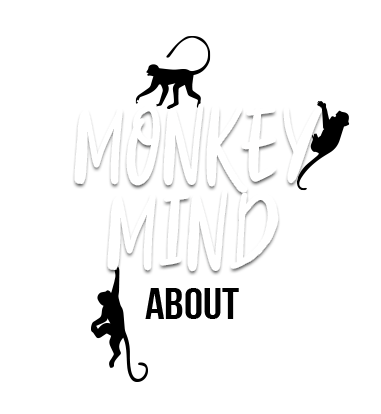 Monkey Mind is a family rock musical about a bright, precocious teen driven to thoughts of suicide because of an over active mind. The writer is an alcoholic with 33 years sober, who learned to control her mind using a simple method she’s passing on. She thought minds plagued by negative fears were addictive minds, until she became a teacher and realized too many students were plagued by the same malady. Thanks to the humor of her lyricist, Bill Berry, and the music by Gerardo Herrera, this lesson of life becomes an uplifting and fun experience.

Fourteen-year-old Lacy Phillips is a smart and talented singer who has a relentlessly over-active mind. Her vocal coach Jeanie calls this a Monkey Mind. The endless chatter in her head, her monkeys, is represented by three actors who are seen and heard only by Lacy and the audience.

Lacy and her father Frank are both learning to cope with her mother’s recent death. Lacy wants to win the Top Teen Talent Contest and use the cash prize to help her father. Lacy meets Brandon, her vocal coach’s nephew, who composes a song for her. They fall for each other. Lacy begins to clear her mind of the mischievous monkeys but is then faced with a series of challenges: failing grades, a break-up with Brandon, and a fight with her father, which she believes causes his heart attack. The monkeys return, trying to coerce her into ending her life. Following an epic battle, Lacy ultimately prevails. Together, she and Brandon go on to win the TV contest as her father and Jeanie proudly cheer them on.